SEX WORLD is not just one of my favorite adult films, but one of my favorite films regardless of category. So imagine my delight when I discovered something new about it last year. What made this discovery even more exciting was that I have not found anyone else who has discussed it or even knows about it. I'm not saying it hasn't been discussed in the past, but I can't find any evidence of it. Tonight, I am going to share it with you.


Sex World is a luxury resort, advertised as the ultimate sex-themed getaway, where people travel to try and overcome their sexual problems. As the resort’s guests slowly become aware of their inhibitions, fears, and repressed urges, with the help of robotic surrogate lovers, director Anthony Spinelli’s camera paints a haunting picture of human insecurities set against a science fiction backdrop.

The Sex World guests who are the focus of the narrative are some major stars of adult films. But this post is not about them. Rather, it is about two background characters who have an interesting story if you just notice them.

(The following screencaps are from an older VCX DVD edition of the film. I will link you to Vinegar Syndrome's pages for their DVD and Blu-Ray releases at the end of this entry. Both will have screencaps that you can compare to these to see the high quality restoration VS has done for SEX WORLD.) 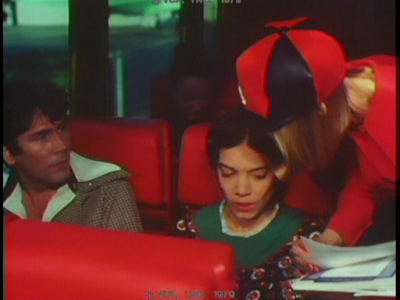 We first see the man and woman sitting by one another on the Sex World shuttle bus. There's nothing about them that stands out, and they're not particularly recognizable faces. The man is played by a performer best known as Carl Regal, though he is billed as Carl Asherton here. His character is given the name "Malcolm," though he doesn't seem to be referred to as such. The woman, who is only credited as "Woman in Audience" for reasons which will soon become clear, is played by Pat Parker. Parker seems to only have a handful of credits, though her IMDB page may be at least two different Pat Parkers. Neither Carl Regal or Pat Parker have a sex scene in the movie, nor do they even take their clothes off. 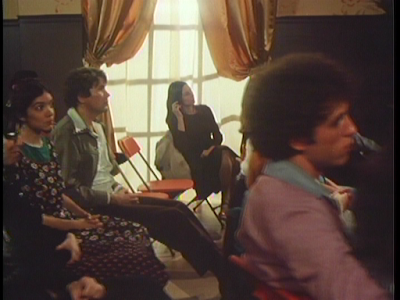 We next see these two in the introductory gathering. They are still sitting side by side, which would seem to imply at this point that they know one another. 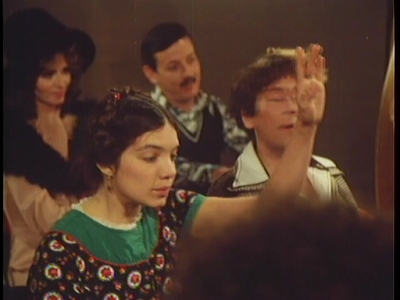 During the discussion of what Sex World offers, the woman has a question. 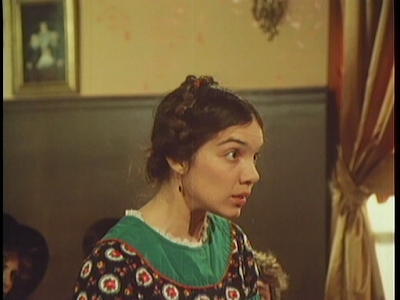 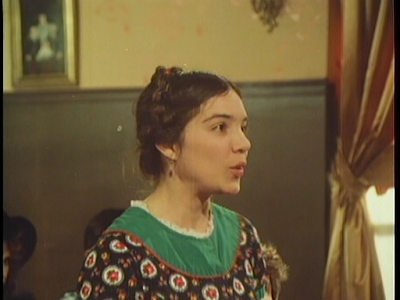 Seemingly reassured by the social director's answer, she takes her seat with a sheepish(?) "Oh!"

Much, much later in the movie, we see the man again... 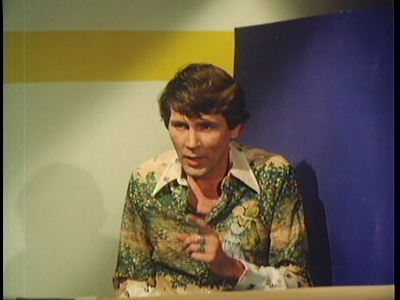 MAN: Can it be someone like my sister?
COUNSELOR: Of course! Was she your best fuck?
MAN: Yes! And-And I want her to go down on me like she used to, see, at Christmastime. And we can fix it so that my family's outside my door, we can hear them and we're in the bathroom alone. And then she'll say, "Well Mac, does your wife suck it as good as I used to?"

(I'm not 100% confident in that transcript, but that's the essence of the conversation. "Mac" may have been Carl misspeaking or misreading "Mal" or it could have been changed along the way. I don't think I heard that part wrong though.)

So, we're left with the fact that the two characters in SEX WORLD who express an interest in incest appear to have traveled there together. And I don't know about you, but I am left wondering "What is their story?!?" Are they siblings too scared to act on their forbidden lust anymore who long to relive those days at Sex World? Or are they a couple who just happen to share the same kind of fantasies? We'll never know the answer, because they are only background characters moving through the main stories. Still, it's the kind of detail that makes SEX WORLD one of the most rewarding movies I have ever seen.

As mentioned up top, Vinegar Syndrome has done an incredible restoration of SEX WORLD that blows the caps you see out of the water. It can be purchased at several of the fine retailers in our sidebar, or you can order it directly from Vinegar Syndrome itself. Sorry, the limited edition Blu-Ray/DVD/CD combo is sold out. I don't even have a copy myself.

I created this blog a year ago (!), but am just now getting around to making it presentable. If you happen to stumble across it while it's still a work-in-progress, please excuse the mess. I wouldn't even be doing this entry except that I need a placeholder to make sure some things are working properly.